10 Philly Food Events You Need To Know About This April

Despite all the mixed signals from the weather, it is apparently springtime in Philly. That means outdoor food festivals and pop-ups are coming out of hibernation – and so should you. If you’re looking to lure your offspring out of the house, impress a friend, or convince a date you’re actually worth dating, bring them to these 10 fantastic parties, festivals, and pop-ups happening in Philadelphia this April. 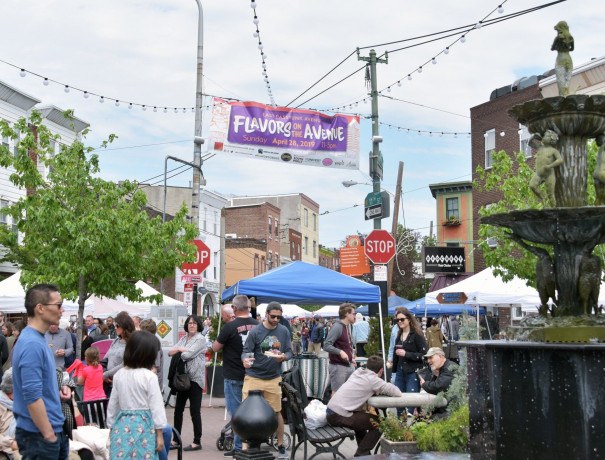 Wander Around East Passyunk’s Flavors On the Avenue

After a two-year pause, East Passyunk Avenue’s outdoor food festival returns on Sunday, April 24th from 11 a.m.-5 p.m. The party runs from Broad to Dickinson streets, and it’s completely free to attend. Neighborhood spots like Flannel will be there selling chicken waffle cones covered in Nashville hot sauce, and Bing Bing Dim Sum is signed up for vegan spicy cold sesame noodles and a Chinese BBQ pork sandwich. Expect plenty of drinks from Manatawny Still Works, phở tacos from Teas N’ Mi, plus DJs and food at Stogie Joe’s and Noir. The event is appropriate for any age, so toddlers need not stack themselves on top of one another and pretend to be an adult in a trench coat.

The Southeast Asian Market in FDR Park is officially back for the summer season on Saturdays and Sundays from 10 a.m.-6 p.m. Many of the vendors sell Cambodian produce and Khmer street food, and there’s plenty of space for a picnic. Either you know about the Southeast Asian Market already and you talk about their fried bananas and barbecued skewers ad nauseum, or you’re just hearing about it for the first time. There is no in between. Find more information about the market’s location and where to park here. 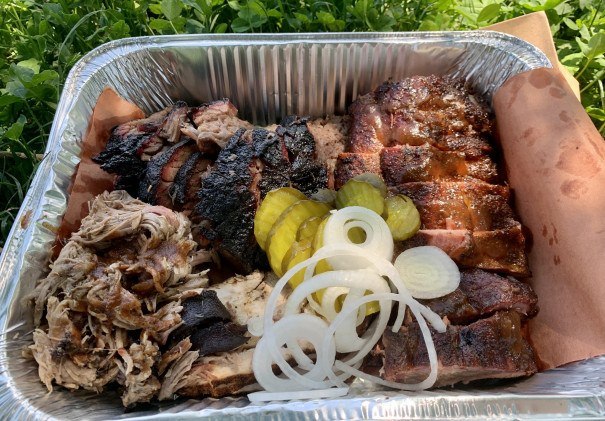 Try the Best BBQ No One Is Talking About

An incredible BBQ pop-up project from NYC is setting up shop at Fairmount’s Urban Saloon on Saturday, April 9th. The Queens-born pitmaster at the helm of the project, Ruben Santana, will be slicing Central Texas-style brisket that’s been smoked for 12 hours so that it develops a crunchy black bark and pink inner rings. Grab some meat and sides – including Dominican-style chicharron and sticky-sweet maduros – and then head back into the bar to hang out with people who inevitably enjoy barbecue as much as you do. Just be aware that the event is cash-only, they’re starting at noon, and the goods could sell out fast.

Love City Brewing in Callowhill is hosting a queer block party on Saturday, April 9th from 5 p.m.-11 p.m. Expect DJs, drag performances, burlesque, and dancing regardless of one’s natural dance skills. Check out the line-up and buy your $15 tickets (although Love City Brewing has announced they won’t turn anyone away if they can’t afford a ticket). 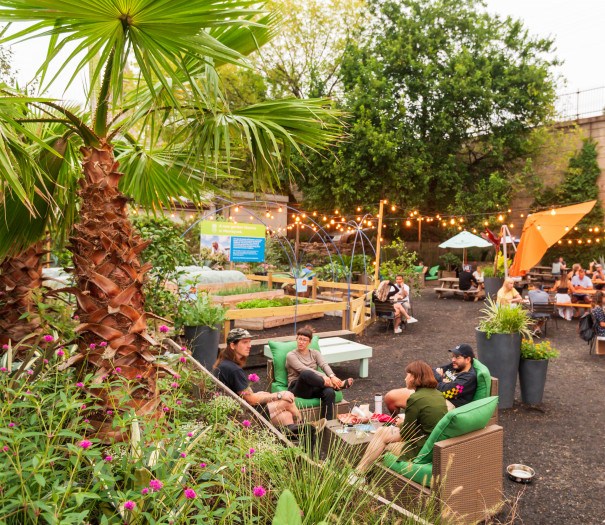 Starting Saturday, April 2nd, PHS is rebooting their annual pop-up gardens on South Street and in Manayunk. Whenever you’re ready to take a break from admiring the floral installations, each pop-up space will serve a slew of things to eat. Think sandwiches, a hunk of nachos, plenty of plant-based options (half of the menu, to be exact), and drinks. For anyone looking to glug a frozen cocktail in a temporary garden, all your dreams are about to be realized. Parties between six and 20 can reserve a table ahead of time online.

Throw a Breakfast Party at Home

In case you’re looking to plan something fun at your office which is also conveniently known as your living room, check out the weekly breakfast box that Honeysuckle Provisions started selling. Sure, this isn’t an event in the typical sense of the word. But when Omar Tate and Cybille St. Aude-Tate debut something new, it may as well be a party. Each $40 set highlights the legacy of Dr. George Washington Carver’s work with sweet potatoes, and shows off the seasonal produce grown in Honeysuckle’s own farm on 46th and Market. You’ll get a choice of pork breakfast sausage or black-eyed pea scrapple, as well as eggs, cheese, sweet potato butter, seasonal fruit, and a BLACKenglish muffin made with a combination of sweet potato and einkorn flour. You can choose add-ons like spiced pancake batter and seasonal preserves and marmalade. Order online and pick up your box on Sundays from 2 p.m.-4 p.m. at 310 South 48th Street.

The Culinary Literacy Center at the central branch of the library is hosting a pasta-making class on Wednesday, April 20th at 6 p.m. Each ticket costs $25. Consider this a small fee to pay for a date night that will make you seem like you’re an extremely desirable person. Plus: All the proceeds from ticket sales benefit youth and neighborhood culinary programs as well as English language education. Farina Pasta and Noodle’s Daniel Lee is running the show, and the meal will be completely vegetarian. If you can’t make it on Wednesday, the Cultural Literacy Center has a bunch of other food events this month, too.

Dine Out For a Good Cause

On April 28th, some of Philly’s best restaurants will donate 33 percent of their food sales to Action Wellness, a local non-profit that supports people in Delaware County living with and affected by HIV. You can see the full list of participating restaurants here, but some highlights include Parc, Bud & Marilyn’s, and Fette Sau. 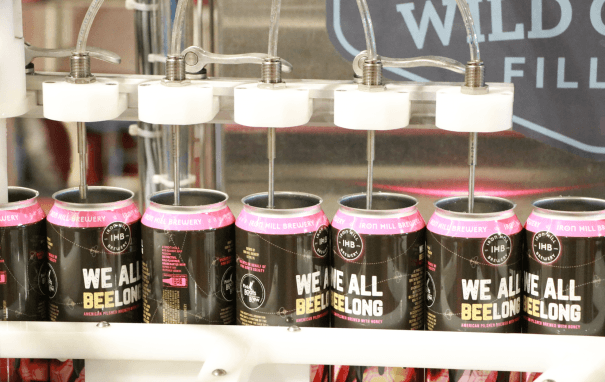 Or Get a Little Drunk for a Good Cause

Iron Hill Brewery’s locations in Ardmore, Center City, and Chestnut Hill just started selling three charitable beer specials. If you’re into stouts because you’re a Very Serious Beer Drinker, try the bottle of “RESIST” that supports the work of the Red Cross in Ukraine. For anyone who identifies as more of a Serious Whiskey Drinker, Iron Hill also released a special porter on draft that was aged in Dad’s Hat Rye whiskey barrels and benefits the same cause. Starting April 7th, the breweries will donate a portion of sales of a honey-heavy American pilsner (called “We All Beelong”) to the Philly chapter of the Pink Boots Society, a non-profit that seeks to educate and advance the careers of women and non-binary beverage professionals.

Hang Out on Main Street in Manayunk

Manayunk’s annual StrEAT Food Festival is happening Sunday, April 24th. You can use a quick shorthand to remember this event by writing “Go to Main Street or Else” on your calendar for that day. Otherwise you’ll be missing out on 50 Philly food trucks, restaurants, and vendors.